A clever use of an old phone booth 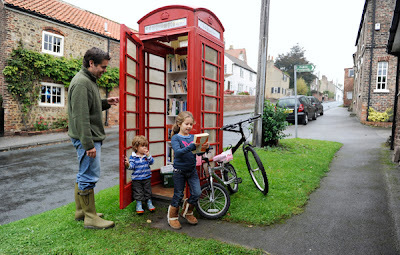