This and that in the news

Flavorwire (always a big fan of books and reading) has a list of the 25 most beautiful public libraries in the world.

Two more library related articles were in today's Atlanta Journal Constitution (thanks for all the coverage lately, AJC - libraries can use all the positive press they can get these days!):

Another piece of book related news concerns the Pulitzer Committee decision to not award the Fiction Prize this year (a real slap in the face and very unpopular decision).
Posted by Rachel at 3:07 PM

The Atlanta Journal-Constitution published two library related op-ed pieces yesterday on its Atlanta Forward page: one by John Szabo, the Director of the Atlanta-Fulton Public Library System, the other by a researcher from the Pew Trust who studied urban libraries (including Atlanta's). Both address the problem of having to do more with less money in the tight economy. AFPLS's solution to this problem has been to hold onto operating hours and staff, and cut book budgets. Other systems (Gwinnett County, for example) have made the opposite choice. It's a difficult conundrum - one that will only become more complicated when the new planned branches in Fulton County open their doors and require a share of the operating budget pie (the money to build the new branches is coming from special bonds voted on in a special referendum a few years back).

Speaking of the new branches, the East Roswell site has an architect attached now, and is about to break ground: you can read more about it on the Appen Newspapers website.
Posted by Rachel at 4:44 PM

Recently in the AJC: 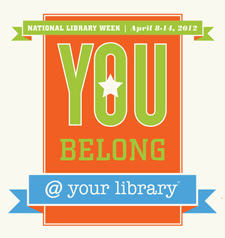