small, Small World by Johns Creek Art
Tuesdays: November 20.  11 a.m. – 11:40 a.m.
small, small World is a multi-sensory learning experience for children ages 2 to 4 and their caregivers. Each week participants embark on a 40-minute journey to far-off locales where they learn about children around the world through music, movement, art, and literature. Sponsored by Johns Creek Art.

English as a Second Language (ESL) Group ClassesThursdays: November 1, 8, 15, 29. 2:00 p.m. – 4:00 p.m.
Group classes in conversational English as a Second Languages for beginner to intermediate English speakers. First come, first served. No advanced registration is necessary. Free and open to the public. Ages 18 and up. No textbooks needed.
Posted by Patricia at 1:35 PM

Finding a ScholarshipThursday, November 1. 6:00 p.m. – 7:00 p.m.
Learn how to use AFPLS databases to get information on colleges and scholarships. All ages.

Teen Advisory Board (T.A.B.)Saturday: November 10. 3:00 p.m. - 4:00 p.m.
Teens from the community have an opportunity to have a voice to help plan for their library. Ocee’s T.A.B. meets to discuss program ideas, new books and movies, and other community outreach possibilities. Teen leadership opportunity for future college applications. Ages 12-18 only.

Why Elections Are Held On Tuesdays

Between 1788 and 1845, states decided their own voting dates. In 2012, then-Historian of the Senate Don Ritchie told NPR that strategy resulted in chaos, a "crazy quilt of elections" held all across the country at different times to pick the electors—the white, male property owners who would cast their votes for president on the first Wednesday of December. In 1792, a law was passed mandating that state elections be held within a 34-day period before that day, so most elections took place in November. (Society was mostly agrarian; in November, the harvest was finished but winter hadn’t yet hit, making it the perfect time to vote.)

With the advent of the railroad and telegraph, Congress decided it was time to standardize a date. Monday was out, because it would require people to travel to the polls by buggy on the Sunday Sabbath. Wednesday was also not an option, because it was market day, and farmers wouldn’t be able to make it to the polls. So it was decided that Tuesday would be the day that Americans would vote in elections, and in 1845, Congress passed a law that presidential elections would be held on the Tuesday after the first Monday in November.
Posted by Patricia at 12:20 PM

Email ThisBlogThis!Share to TwitterShare to FacebookShare to Pinterest
Labels: Community, Dates to know

Fulton County Board of Commissioners voted to make more adjustments to the ongoing renovations to the Fulton County library branch at 115 Norcross Street, Roswell, Georgia 30075. The Board approved an option that would remove and replace the building’s main roof along Norcross Street and raise the roof’s height as a new vestibule and entry doors would be constructed on that side.

“Roswell community leaders have made clear that they believe renovations to their library, which rests in the historic district, could transform the building into a welcoming community center and enhance the entire downtown area,” says Fulton County District 1 Commissioner Liz Hausmann. “I’m pleased the Fulton County Commission seized this opportunity to work with municipal leaders to ensure the library reaches its full potential in serving the community for many years to come.”
Posted by Patricia at 12:06 PM

This is the final week to take advantage of Early Voting in Fulton County. Eligible voters in Fulton County have this weekend through next Friday, November 2, 2018, to cast an early ballot for the November General and Special Election. During early voting, any voter may cast their ballot at any early voting location. For residents who chose to vote on Election Day 6 November, they must vote at their assigned precinct.
Posted by Patricia at 12:03 PM

Email ThisBlogThis!Share to TwitterShare to FacebookShare to Pinterest
Labels: Dates to know

LOS ANGELES (AP) — “To Kill a Mockingbird,” a coming-of-age story about racism and injustice, overpowered wizards and time travelers to be voted America’s best-loved novel by readers nationwide.

The 1960 book by Harper Lee emerged as No. 1 in PBS’ “The Great American Read” survey, whose results were announced Tuesday on the show’s finale. More than 4 million votes were cast in the six-month-long contest that put 100 titles to the test.

The other top-five finishers in order of votes were Diana Gabaldon’s “Outlander” series about a time-spanning love; J.K. Rowling’s “Harry Potter” boy wizard tales; Jane Austen’s romance “Pride and Prejudice”; and J.R.R. Tolkien’s “The Lord of the Rings” fantasy saga.
Posted by Patricia at 6:14 PM

You may have noticed the book 'birdhouses' at Ocee, Newtown, and Shakerag Parks. Todd Bol, who started Little Free Libraries passed away at 62.

Bol set a goal of 2,150 — to beat the number of Carnegie Libraries in the country. Less than a decade later, more than 75,000 'libraries-on-a-stick' have sprouted on front lawns in 88 countries!The Star Tribune has a wonderful tribute to Todd. We hope you'll take a minute to learn more.
Posted by Patricia at 8:33 PM

Email ThisBlogThis!Share to TwitterShare to FacebookShare to Pinterest
Labels: Community, Making a difference National Friends of Libraries Week is coordinated by United for Libraries, a division of the American Library Association with approximately 4,000 personal and group members representing hundreds of thousands of library supporters. United for Libraries supports those who govern, promote, advocate, and fundraise for libraries, and brings together library trustees, advocates, friends, and foundations into a partnership that creates a powerful force for libraries in the 21st century.
Posted by Patricia at 8:22 PM

Email ThisBlogThis!Share to TwitterShare to FacebookShare to Pinterest
Labels: Dates to celebrate, Making a difference

Ocee's Teen Advisory Board (TAB) is collecting canned and boxed (cereal, pasta/mac n'cheese) foods to donate to our community partners at North Fulton Community Charities. Please check your pantry or add a couple of cans to your grocery cart to help our teens with a successful meaningful event AND those in need this holiday season.

Based in Roswell, North Fulton Community Charities (NFCC) mission is to build self-sufficiency and prevent homelessness and hunger in our community by providing emergency assistance and enrichment programs.
Posted by Patricia at 6:22 PM

Working Outside the Library

Did you know that Ocee staff works outside the library, too? You'll find them in the community visiting schools, businesses, senior living facilities, and more to let them know about the variety of services the library offers!

If your business or organization would like to schedule an outreach visit or to discuss a partnership with Ocee library, please phone Manager, Ms Burton at (770) 360-8897.

Staff will be at the Johns Creek Family Fall Festival at Newtown Park
Saturday 27 October from 10am to 1 pm issuing library cards and showcasing library programs and events. Entry and all activities, games, rides are FREE! Costume contest and trick-or-treating. Food and drink available for purchase.
Posted by Patricia at 5:14 PM 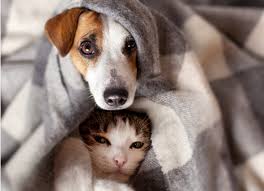 Ocee library is collecting blankets and towels for our four-legged friend waiting to be adopted at the Atlanta Humane Society on Mansell. Old towels and fleece make comfy beds for sick and injured animals. They'll help make puppies and kittens feel safe & warm. This is an on-going project. You'll find a marked donation box in the lobby. Visit the AHS website to learn about donating, volunteering, or adopting a new best friend.
Posted by Patricia at 11:52 AM

Fulton County’s Early Voting period for the November 6, 2018 General and Special Election will begin on Monday, October 15, 2018. Sample ballots can be viewed online at www.fultonelections.com . Residents are encouraged to visit the website to review ballots prior to Election Day, November 6, 2018.


Learn simple techniques to evaluate the quality of online information. Adults & students of all experience levels are welcome.
Posted by Patricia at 11:35 AM