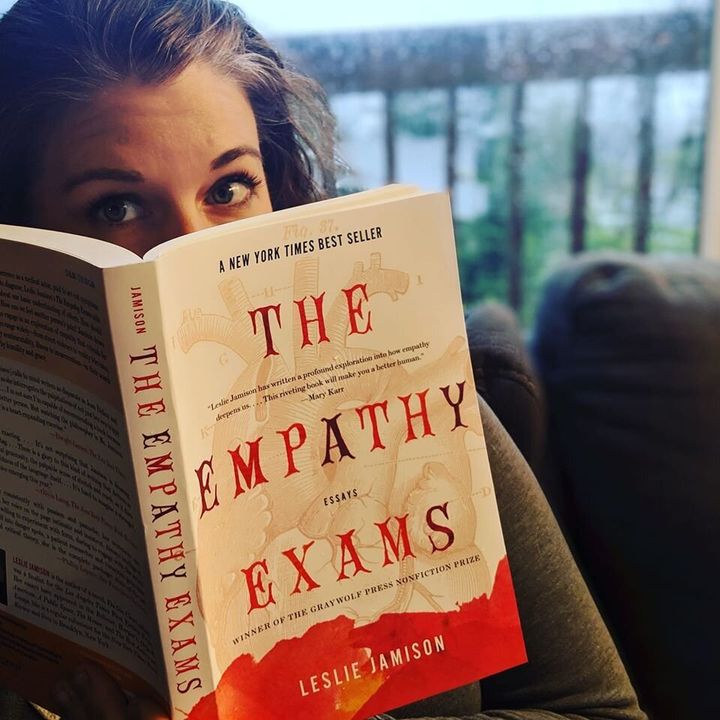 Natalie had gotten away from reading during school and following the birth of her 3 children in 3 years. She wanted to get back to something she'd once enjoyed - and more importantly to be a reading role model for her kids.

“In the past I’d had a generalized plan to read more often,” she said. “This was the first year that I set a timeline to reach my goal, along with accountability practices, and intention to ensure that I truly would spend 2019 reading.” She even made a spreadsheet with titles and synopses of each book she finished. At week 50, she'd passed her book a week goal!


Beside the accomplishment of completing the books, she found an unexpected bonus. “I took great joy in mailing completed books of meaning to people I cared for. Passing the books on to friends offered full circle moments of sharing education, ideas, creativity, imagination and joy throughout the year.”

Will you resolve to read more, join a book club, or read outside of your comfort zone in 2020?
Posted by Patricia at 2:36 PM

There are lots of things to discover at the newly renovated Roswell Library!
Grand Re-Opening Celebration and ribbon cutting
January 3rd from 10 am to 11 am! 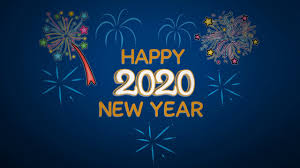 Lights in the Darkness

Email ThisBlogThis!Share to TwitterShare to FacebookShare to Pinterest
Labels: Dates to celebrate

New for the New Year

Holloman has been with the Atlanta-Fulton Public Library System since 1994, beginning as a volunteer. Subsequently, she was hired as a paraprofessional. While working in that capacity, she earned her Masters in Library & Information Services from Clark Atlanta University.

Long-time Ocee patrons may remember her as Ocee's principle librarian and Branch Manager.
Posted by Patricia at 1:16 PM

Email ThisBlogThis!Share to TwitterShare to FacebookShare to Pinterest
Labels: Library News, Volunteers we couldn't live without

Top 5 Best Sellers of the Decade

Other trends for the decade: Paper books outsold e-books; 6.5 billion to 1.8 billion copies. Audio books continue to rise in popularity due to mobile devices.

In 2010, fiction took 80% share of top sellers. Today, fiction makes up 32% of best selling titles. Shorter books, including self-help and poetry have become more popular.
Posted by Patricia at 2:55 PM

How to Gift a Book

A book can be a fantastic gift, but there can be some pitfalls. The Guardian article has some suggestions on proper book giving ettiquitte:

Save the receipt (why not a gift card from a local bookshop?)
Don't write an inscription inside the cover
Chose for the recipient - don't try to impose your views/tastes
Posted by Patricia at 2:30 PM

The Power of Poetry

"April McNary, a teacher at Sunnyslope High School in Phoenix, Arizona, has always believed in the transformative power of reading and writing. The honest conversations that are sparked by this creative work, she says, are some of the most valuable to her...
One area of creative expression McNary felt like she needed to boost in her classroom was poetry. Knowing that reading one's own poetry is terrifying for some (and something I still won't assign), I figured something less daunting was to read a poem someone else had written/published," she explains.

But she implemented a twist — students had to choose a poem with which they had some sort of personal connection. Little did she know what incredible moments were about to transpire as a result. One girl came out in front of the class. A boy, who was known as a jock, wept while telling everyone his mother was dying of cancer...

The common thread through all of these incredibly emotional admissions was empathy; the class rallied around each person going through it, applauding, hugging, and weeping right along with them. The act of expressing oneself through another's words seemed to be the permission they needed to open the floodgates and truly support one another.

One reading in particular, however, hit McNary at her core. A student in her class named Chris* brought in a poem from the novel, "The Perks of Being a Wallflower," that clearly denotes suicidal ideation. But it wasn't just the context of the poem that concerned her, "it was the way he read it..."

Read the story in it entirety and learn what happened to both Chris and McNary here.

Email ThisBlogThis!Share to TwitterShare to FacebookShare to Pinterest
Labels: Community, Learn more at the library, Making a difference 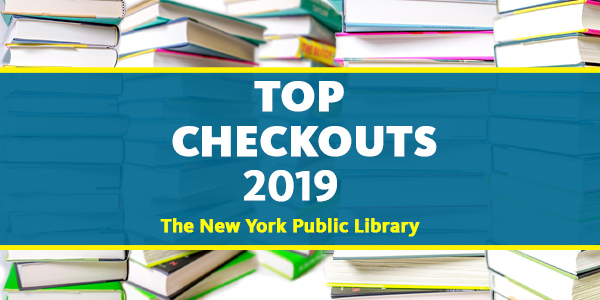 Author Tracy Chevalier recommends three books about quilters and the darker side of stitchery...

Alias Grace by Margaret Eleanor Atwood
Infamous murderess Grace Marks has been imprisoned for many years in 19th-century Canada. Now she sits over her sewing — mainly quilts — and tells her story to a doctor who tries to discover once and for all if she is innocent or guilty. So does the reader, for Grace is as slippery a narrator as they come.

Happenstance: Two Novels In One About A Marriage In Transition
by Carol Shields
Happenstance has the unusual distinction of being two short novels published at different times and later sandwiched together. It tells the story of a husband and wife during a five-day period when she goes to a quilting convention, leaving him at home with their teenage children. Part 1 is from his point of view; part 2, hers.

Beloved by Toni Morrison
The story of a 19th-century African American woman and her daughters coping with slavery and its aftermath, and the terrible things that have to be done to secure freedom, Beloved is at times almost too painful to read. But a patchwork quilt made of black, blue, brown and gray wool brings comfort of a sort to the characters and the reader.

December 24-25
Fulton County libraries, government offices, and courts
will be closed for
Christmas Eve and Christmas Day
Posted by Patricia at 7:32 PM

"What You Need to be Warm"


"...Sometimes it only takes a stranger, in a dark place,
to hold out a badly knitted scarf, to offer a kind word, to saywe have the right to be here, to make us warm in the coldest season..." 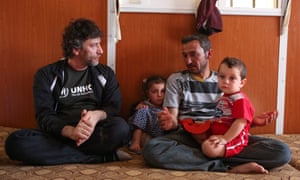 Author and ambassador for the United Nations High Commissioner for Refugees (UNHCR), Neil Gaiman asked his twitter followers what reminded them of warmth. From over 1000 replies, he composed his latest work. The free-form poem launched the UNHC Winter Emergency Appeal. For more about Gaiman, the project, and to read the poem in its entirety, click HERE.

Best of the Decade

LitHub reveals their 'Best of the Decade" lists. Their pick lists range from essays, poetry, memoirs to best TV and movie adaptations - as well as fiction and non-fiction. There are 11 categories in all. Take a look for titles to add to your TBR list, gift giving, or holiday viewing. 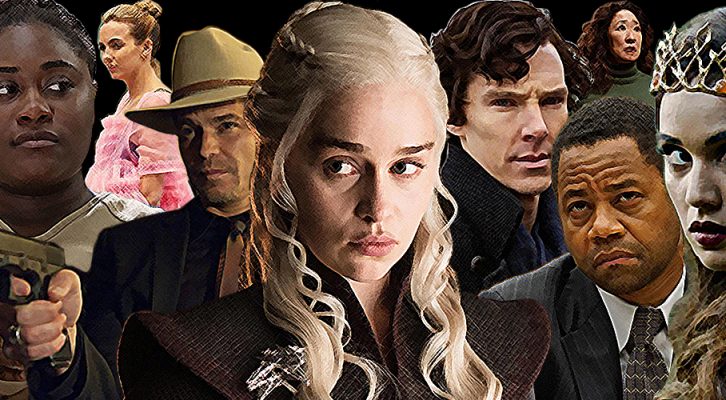 They're only little for a little while...

BookPage offers a varied selection of picture books to start a read-aloud tradition this holiday/winter season.

Browse the library, but buy at least one favorite to keep - and pass along to new generations.
Posted by Patricia at 2:27 PM

BookPage has chosen their top 5  audio books for the year. You'll find other audio book reviews at BookPages, too.

Audio books are really convenient to travel with. Listening to books has benefits for kids, adults, and seniors alike. Narrators can bring books to life - great for reluctant readers.  They also help ESL readers with pronunciation. Audio allows those with low vision and learning disabilities join in the book experience.

Check-out / download audio books from the library them or visit your local book store.
Posted by Patricia at 2:07 PM

Caroll Spinney portrayed both 'Big Bird' and 'Oscar the Grouch' on Sesame Street. The author, artist, and puppeteer passed away week at age 85. Spinney retired in 2018 after starting on Sesame Street in 1969.

Spinney was honored with four Daytime Emmy Awards and two Grammy Awards for his work in Sesame Street. Spinney received a star on the Hollywood Walk of Fame in 1994 and the Library of Congress' Living Legend award in 2000.

Email ThisBlogThis!Share to TwitterShare to FacebookShare to Pinterest
Labels: Authors, Community, Learn more at the library, Making a difference

During this season of light, it's fitting that one of the brightest, Fred Rogers, should be recognised in A Beautiful Day in the Neighorhood"


The world needs a sense of worth, and it will achieve it only by its people feeling that they are worthwhile.

Imagine what our real neighborhoods would be like if each of us offered, as a matter of course, just one kind word to another person.

We get so wrapped up in numbers in our society. The most important thing is that we are able to be one-to-one, you and I with each other at the moment. If we can be present to the moment with the person that we happen to be with, that’s what’s important.

Email ThisBlogThis!Share to TwitterShare to FacebookShare to Pinterest
Labels: Authors, Community, Learn more at the library, Making a difference

Author Linda Green's 92 year old granny mentioned that she'd kept a secret most of her life. Green was intrigued and wondered about the many other woman who held family secrets. The author talks about the book inspired by her granny, The Last Thing She Told Me, and entices readers with several other novels in the same genre.

Green says, "Readers show no sign of losing their appetite for stories of family secrets which leave characters desperate for the truth, and often in danger. And with such a wealth of family dynamics and trauma to explore, novels about family secrets will no doubt continue to feature in the crime and psychological thriller bestseller lists for many years to come."

Many theatrical productions are based on written works, ranging from popular novels, to short stories, graphic novels, poetry collections, and more. Do you know which books these 21 shows are based on?

Click HERE for the slideshow to test your knowledge!
Posted by Patricia at 12:45 PM

Email ThisBlogThis!Share to TwitterShare to FacebookShare to Pinterest
Labels: off the page

23% of all fiction are romance novels - pulling in billions of dollars in sales. No longer just 'bodice rippers', today's romances are becoming more progressive and inclusive. In fact, this summer's Red, White, and Royal Blue, a queer romance, was a huge success.

“Whatever is going on in the world, and whatever is happening to women or marginalized people, is happening in the pages of romance novels,” says novelist and Washington Post columnist Sarah MacLean. “But with the promise that everything will be okay. That no matter how bad it gets, happily ever after will come.”
Posted by Patricia at 12:42 PM

For those of you who opened your wallets, donated goods, and volunteered your time for area non-profits during GaGives/Giving Tuesday... 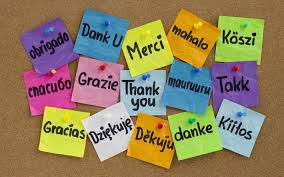